Guest tickets (can only purchase with someone who is fully registered)

Cancellations: All cancellations must be emailed to Emily Koenigsfeld at mcma@mocities.com no later than 5 p.m., on April 22, 2020 or it will be necessary to bill you for the entire registration fee.

Camden on the Lake Resort - Discounted room rate is $144. Reservations must be made by October 14. Must register to receive discount code. Cancellations or changes in arrival and/or departure dates must be received at least 72 hours in advance to avoid forfeiture of first night stay. Early departures will be charged the contracted nightly rate for the entire reserved stay.

Guests will still want to call Camden on the Lake to make a wait list reservation. Their staff will then direct guest to call the Lodge of Four Seasons. Call toll free at (888) 265-5500. 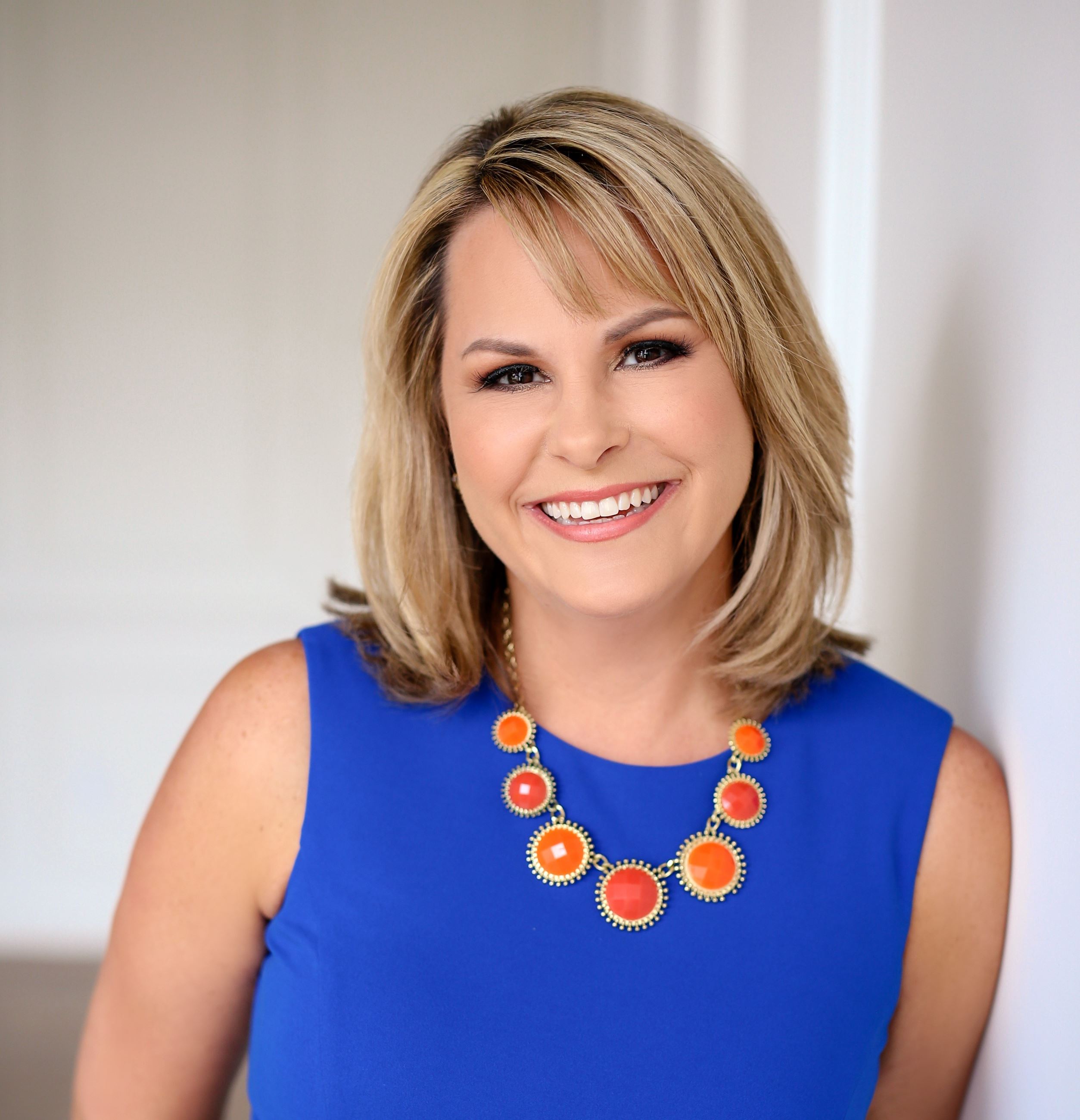 Kim knows a thing or two about change and challenges through her own experiences in business and life.  As an attorney, serial entrepreneur running two successful businesses for over two decades, communications strategist and “recovering” political consultant, Kim has conquered the ever-changing tough worlds of business, government, and politics.  She’s also conquered breast cancer and other life challenges.

Kim provides practical tools and strategies to effectively manage change and deal with difficult people, tough conversations, and hard issues.   Kim doesn’t want you to just bounce back after change and adversity – she wants you to develop a Momentum Mindset® where you bounce higher, push past limited thinking, get unstuck, and use the change and adversity in life as the fuel needed to propel you forward – faster, further, stronger and better than ever before.

After hearing Kim, audiences leave ready to take her relatable lessons and practical solutions and put them into immediate action.

Kim’s expertise on resilience and thriving in the midst of change has been featured in national media such as People, SELF, The New York Times, USA Today, Good Morning America and Lifetime Television.

Kim resides in Columbia, Missouri with her blended family of five and travels throughout the United States and internationally for conferences, conventions and events. 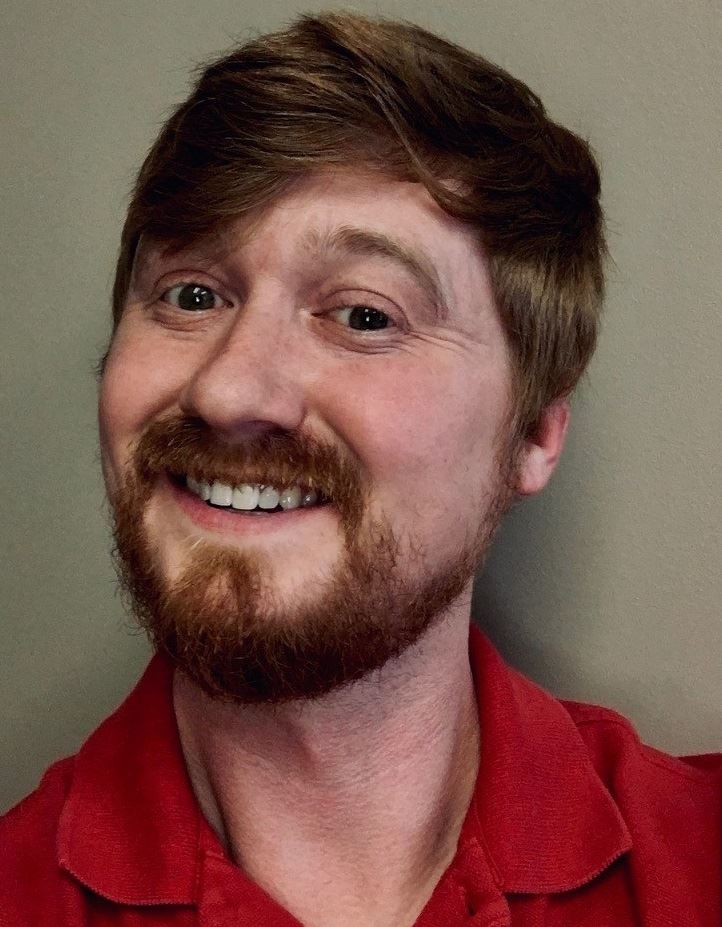 Steve Whitson is from Independence, KS. He graduated from Pittsburg State University in 2013. After serving a year as an Americorp VISTA volunteer working with low-income families he became the Assistant Manager for the Housing Programs at Metro Lutheran Ministry in Kansas City. In 2017, he began working for the Missouri Housing Development Commission as the Emergency Solutions Grant Coordinator in the Community Initiatives Department. He is currently the Community Initiatives Department Manager which oversees approximately 10 million dollars in state and federal homeless assistance funding each year.

DeAnna Sheets has been in education for 16 years and is the Director of Curriculum, Assessment and Federal Programs for the Branson School District in Branson, MO. DeAnna has a bachelor’s degree in elementary education, a Master’s in Teaching, Learning & Curriculum from Missouri State University and is currently working on her doctorate in Educational Leadership through Southwest Baptist University in Bolivar, MO. In her 16 years she has taught multiple grade levels and subjects and served as an instructional coach working side by side with teachers. During her time as an administrator she has worked with school counselors, social workers and community agencies to secure services for at-risk populations in the Branson School District.

Randy Sharp is the Director of Operations for InterServ in St. Joseph Missouri. Randy has been involved in homeless work for over 20 years. In that time he has served as the Chair of the St. Joseph Continuum of Care for Homeless Services multiple times, serves as the lead data coordinator for the COC and works on the yearly HUD NOFA submission. He has also serves on the Missouri Governors Committee to End Homelessness and is the former Chair of that group. At InterServ he oversees a diverse set of programs that address issues with children, youth, families and seniors. He also works closely with InterServ’s sister organization Community Missions Corporation which provides permanent supportive housing, safe haven housing and street outreach services for the homeless. 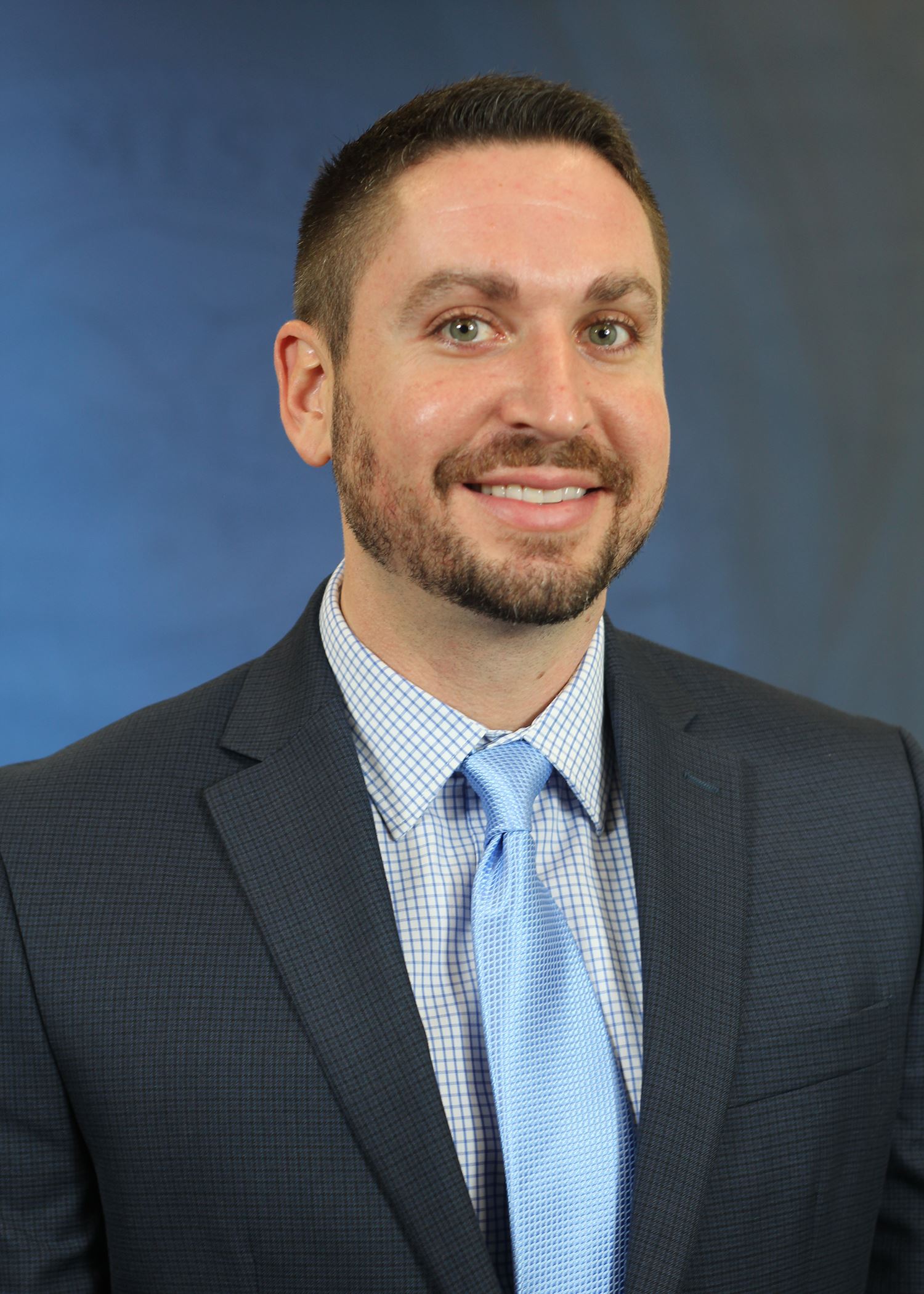 Luke Holtschneider serves as the Deputy Director for the Missouri Department of Economic Development.  Beginning his journey in economic development at the Department in 2008, Luke spent his first 8 years managing business expansion and retention opportunities in southern Missouri as a regional Project Manager.  Those relationships, experiences and lessons learned were instrumental as he became the Department’s Manager of Rural Development.  During his tenure as the Manager of Rural Development, Luke focused on building partnerships among resource partners as well as community partners to expand the capacity for rural business and community growth.

In February of 2018, Luke became the Director of Strategic Initiatives for the Missouri Department of Economic Development.  In this capacity, Luke focused of advancing the Department’s priority initiatives through strategic planning and performance management.  On August 16, Luke was appointed Deputy Director to assist in carrying out the mission to make DED the Best in the Midwest!

Luke is an active board member on the Missouri Economic Development Council, Missouri Community Betterment, Missouri Rural Development Partners, and was appointed to serve as Missouri’s State Designee on the Delta Regional Authority. 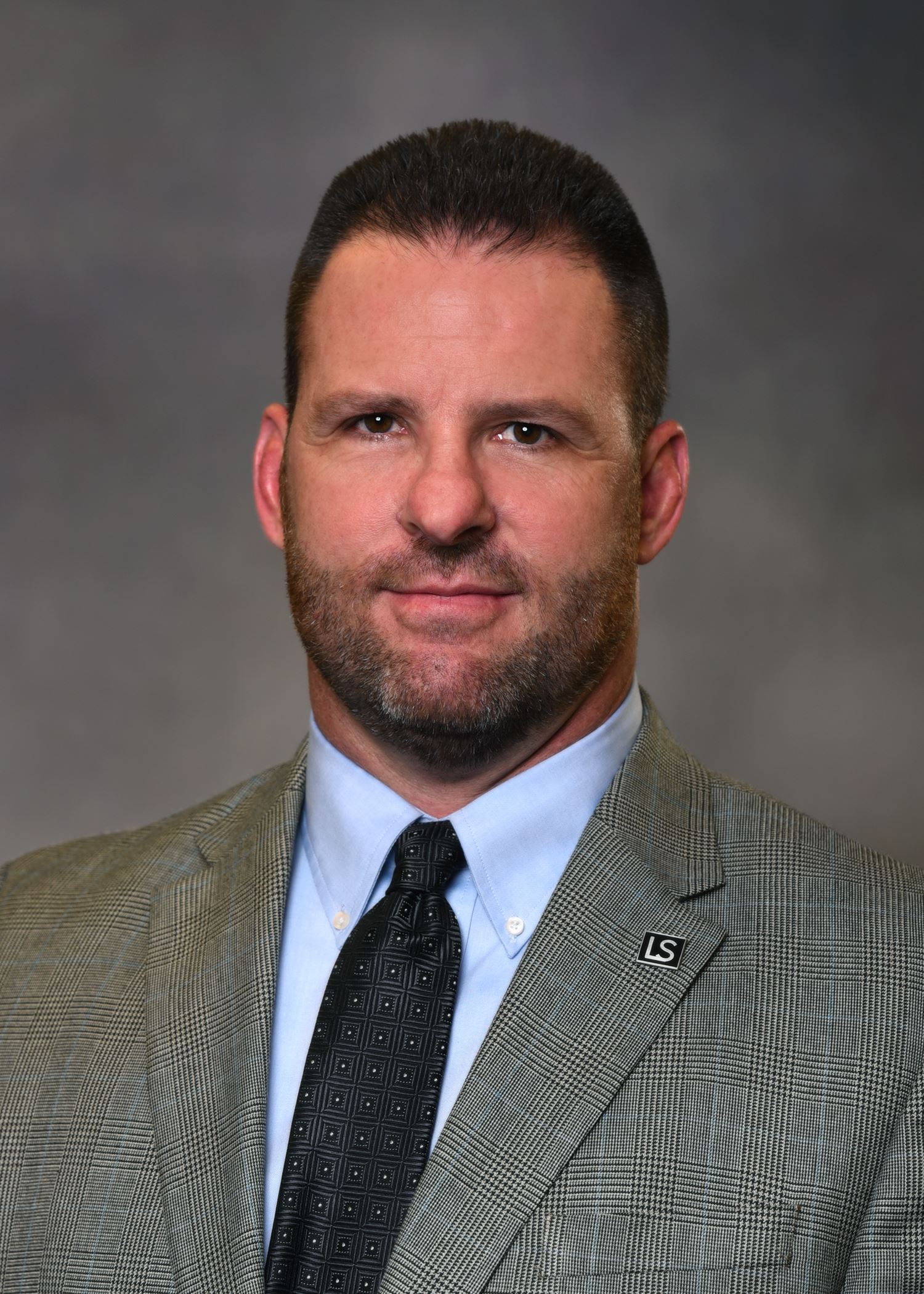 Mark graduated from the University of Central Missouri with a Bachelors Degree in Construction Engineering Technology and worked for 7 years in the residential and commercial construction industry prior to his involvement in local government.  Mark is a Certified Building Official (C.B.O.) and holds seven other professional certifications through the International Code Council.  In 2019, Mr. Dunning obtained a Master’s in Public Affairs through Park University.

Mr. Bushek specializes in economic development, land-use, municipal, planning and zoning law. While in law school he was the Editor in Chief of The Urban Lawyer and was a member of the National Moot Court Team. 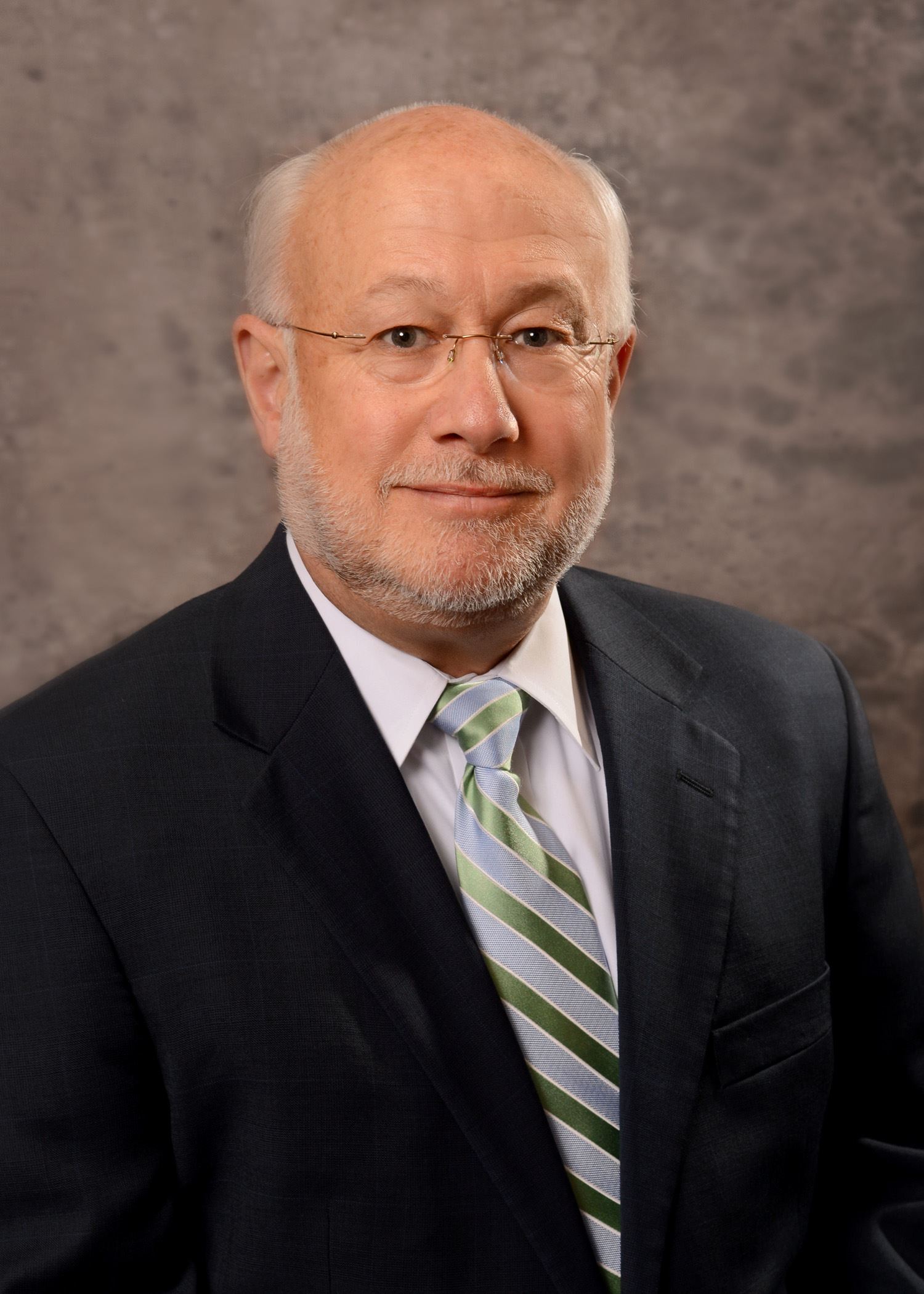 Richard Sheets is deputy director of the Missouri Municipal League.  In addition other duties at the League, Richard directs the League’s legislative and advocacy efforts. Prior to joining the League in 1980, Richard served on the staff of Missouri Governor Joseph Teasdale.  He also has held the position of planning director for Greene County, Missouri. Richard graduated from Southwest Missouri State University with a degree in urban and regional planning.