David Gipson, city manager for the city of Clayton, was chosen as the 2021 Jay T. Bell Professional Management Award by the Missouri City/County Management Association (MCMA). The award recognizes his outstanding commitment to the profession of local government management and is the association’s highest honor for members. It was presented on May 13, 2021 at the SLACMA meeting.

MCMA established the Jay T. Bell Professional Management Award in honor of Jay T. Bell, who served as executive director of the Missouri Municipal League from 1965 until 1981. The award recognizes public service that displays the same high standards of accomplishment, professionalism, and ethical conduct. Bell felt strongly that the professionalism exemplified by city managers and administrators was an essential part of good governance.

Gipson has served as the city manager since February 2020, beginning his position as the COVID-19 pandemic was taking hold in Missouri. Gipson led the city of Clayton through the many challenges and difficult decisions cities faced over the past year. During this time, the City continued to be successful and has received award recognition, including Spire’s Silver Shovel Award and a 2020 Green City Challenge Award.

Before serving in Clayton, Gipson worked as the assistant city administrator, and then city administrator, for the city of Wentzville, Missouri. During his time in Wentzville, he leveraged outside funds for major construction projects, and oversaw the design and construction of a new 45,000-square-foot city hall building, bringing nine departments together into one building. In addition, his work to improve the work culture for the city of Wentzville resulted in a 2019 Top Workplace Award by the St. Louis Business Journal and 2019 Best Places to Work by the St. Louis Post Dispatch. Gipson began his local government career in 2004 with the City of St. Charles as a city planner and was later promoted to planning manager.

Gipson has served on many community committees and serves as an adjunct instructor teaching graduate level public administration courses at the University of Missouri-St. Louis. He was the treasurer of St. Charles County Economic Development Council, member of the St. Charles County Law Enforcement Restitution Fund Board and a member of the St. Charles County Master Plan Steering Committee. He is currently serving as the St. Louis Area City Management Association president and on the Ethical Conduct Committee for the Missouri City/County Managers Association. 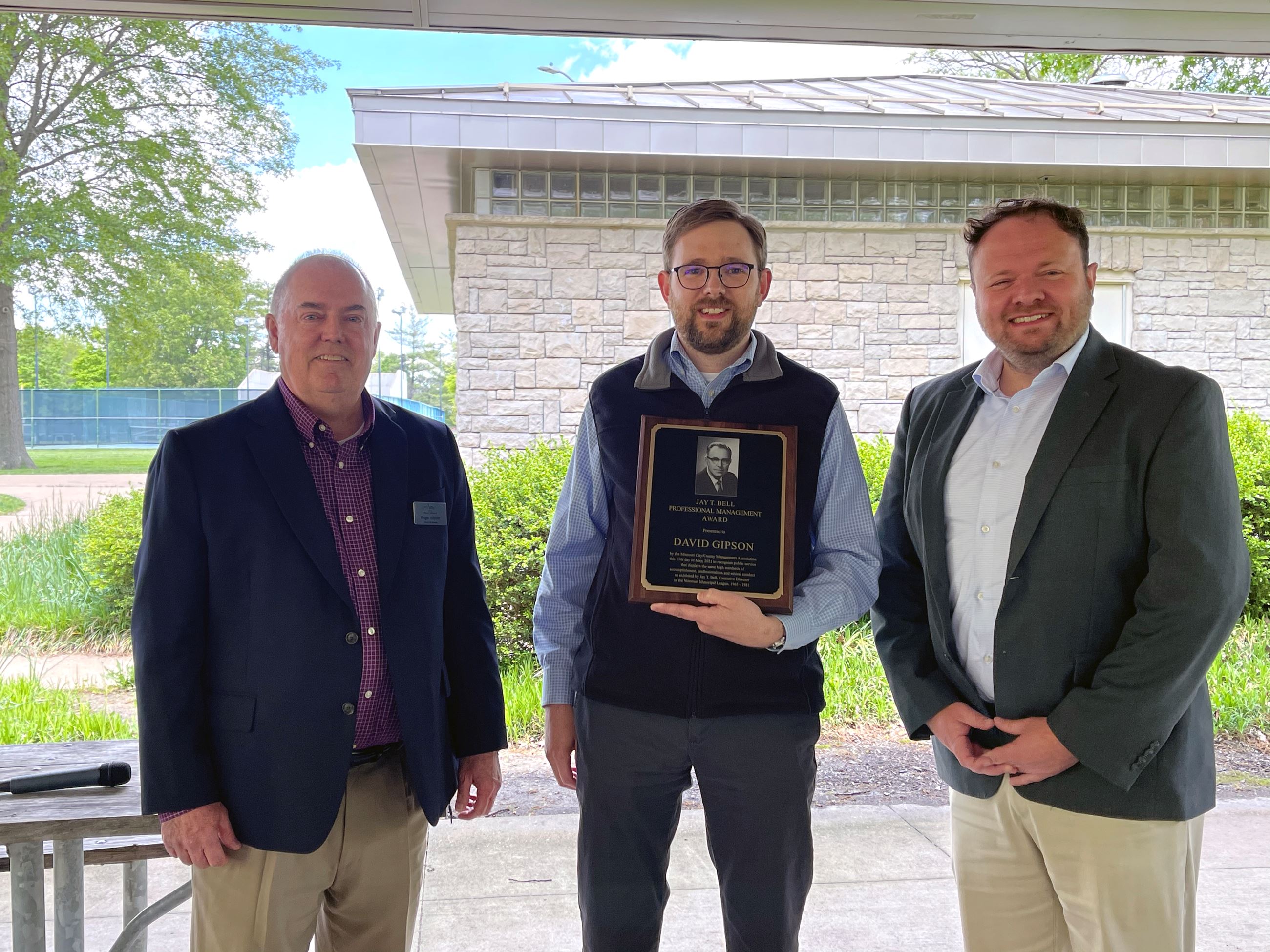 Collin Quigley, deputy city manager for the city of Springfield, was chosen as the 2021 Richard R. Noll Outstanding Assistant Award by the Missouri City/County Management Association (MCMA). Quigley received the award at the City’s recent city council meeting. The recipient must hold an administrative position that is responsible for assisting the chief administrative officer in carrying out various administrative duties and other responsibilities.

Quigley joined the city of Springfield as the assistant city manager in August 2007 and has served as the deputy city manager for the last two years. He is responsible for providing direction to and supervision of the police department, fire department, municipal court, finance department, airport, 911, information systems, risk management, and health department.

He is a Springfield native with a bachelor's degree in public administration from Evangel University, and a master's degree in public administration from the University of Kansas. Quigley is a credentialed city manager (ICMA-CM) with the International City/County Management Association (ICMA), and a prior board member of the Missouri City Management Association (MCMA). He has taken the opportunity to teach, as well as lecture, at Evangel University and Missouri State University.

Prior to joining Springfield as the assistant city manager, Quigley served as the city administrator of Ozark, Missouri, and Kimberling City, Missouri. 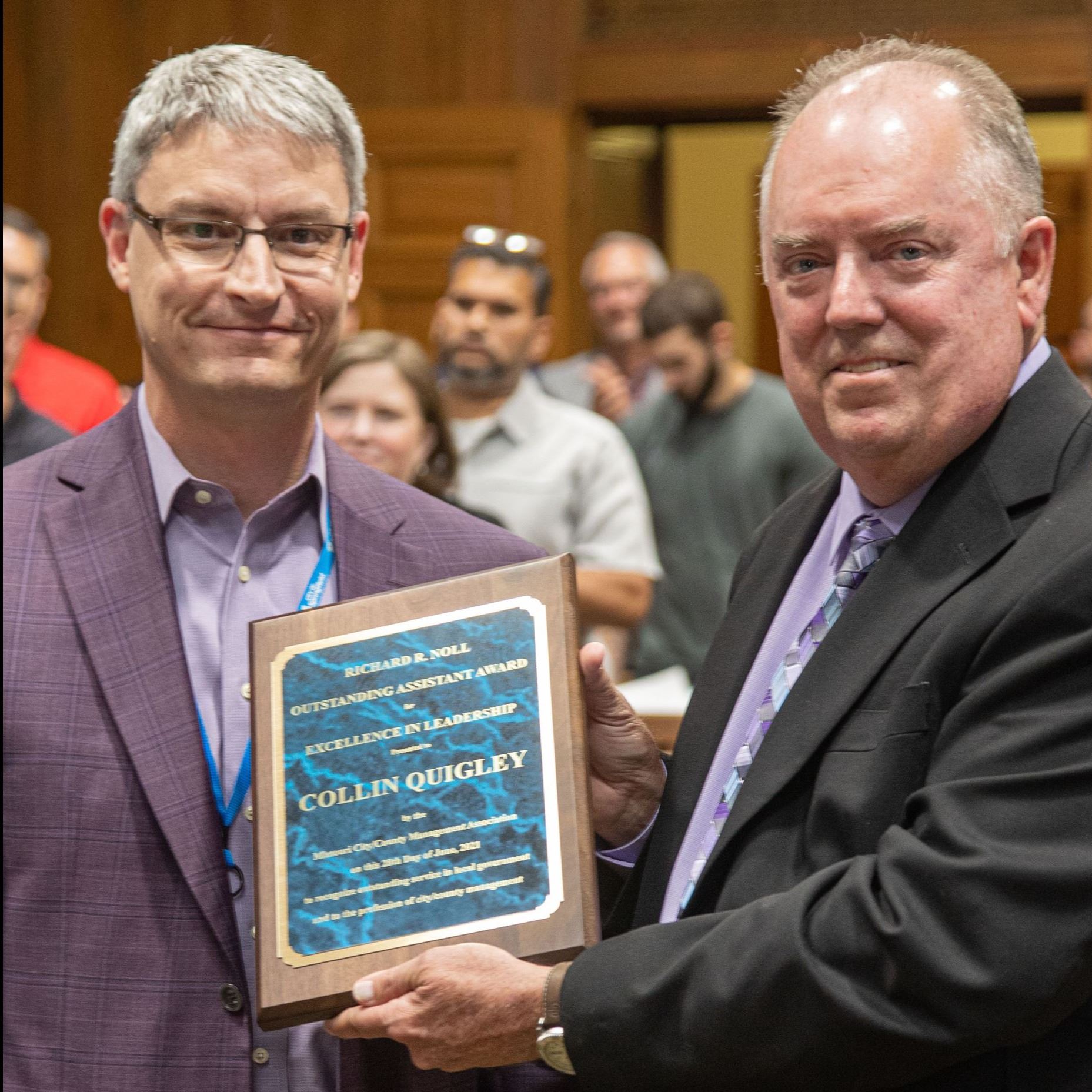